We spent the year looking for the best new restaurants across Seattle. This is where you’ll find them.

So many restaurants in Seattle opened up in the past year, and most were pretty disappointing. But not these 11 restaurants. These are the kinds of places that make all our research (in 2019’s case, eating approximately a million small plates) worth it.

Much like Queen’s discography or the periodic table of elements, the sheer variety of these spots is impressive. There’s a Chicago-style deep-dish pizzeria in the same bunch as a 25-course Japanese omakase spot, and a laid-back Filipino place we think about every time we go on a hike and stare out onto the mountains. New kinds of diners are on the rise, too - whether it’s one that serves matzo ball soup and Russian dumplings to another where you can eat a tuna melt alongside a glass of natural wine. The periodic table makes up the world, and these restaurants make up ours - now it’s your turn to make them yours.

All restaurants on The Infatuation are selected by our editorial team. Seattle’s Best New Restaurants Of 2019 is presented by Truly Hard Seltzer. 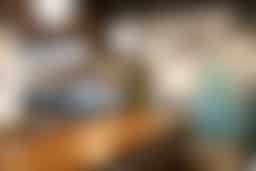 Certain restaurants define a city, but usually, they have to be around for a long time to do so. Archipelago is not only the best new restaurant in Seattle, but it’s a restaurant that feels like it’s been here forever. At this eight-seat Filipino spot in Hillman City, you get a 10-course tasting menu for $125 involving incredible dishes that bridge the connection between Filipino and Pacific Northwestern culture. In fact, they only use ingredients native to the PNW, from the rye milled into their homemade miki noodles to the melon in the sorbet that tops their version of a panna cotta. And, if a crucial ingredient isn’t found here, they tweak an otherwise-traditional plate. Like the sinigang sour soup, which typically is flavored with tamarind, but since it doesn’t grow in the area, they use plum or apple instead. It’s all an intimate and kickass celebration of Filipino food and the Pacific Northwestern bounty we sometimes take for granted.

The Best New Restaurants Of 2019

See all the guides
2 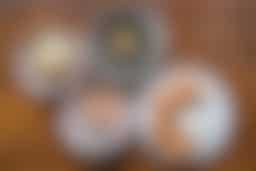 We knew Paju, a Korean restaurant in Queen Anne, was special after the first time we ate there. The staff was extremely friendly, going so far as to hold the door open for us, and more importantly, everything we ate was fantastic across the board. All the Korean food on the menu, from crunchy soy garlic chicken wings to the incredible squid ink fried rice with kimchi, bacon, and a smoked quail egg yolk, blew us away. Plenty of Korean restaurants opened this year, but make no mistake - Paju’s the best. 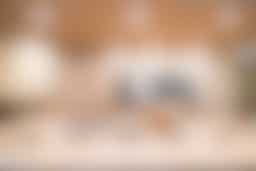 At Taneda Sushi In Kaiseki, an omakase-only restaurant with only nine seats on Capitol Hill, you’re often left with no choice but to book a seat for one. Conveniently, it’s actually better that way. Because when you’re shooting the breeze with a chef who becomes your friend after handing you around 25 courses of truly excellent fish sourced from Hokkaido to Boston, it never feels like you’re alone. While the $125 menu changes every month, you can expect amazing bites like fatty tuna handrolls with pickled daikon, seared A5 miyazaki nigiri topped with caviar, two separate uni dishes, and some grilled eel placed directly into your open hand like a love note. For the price, this is the best omakase for the value you can find in the entire city.

Well done. You’re a good person. All good. We still like you.
Want to quickly find restaurants on the go? Download The Infatuation app.
4 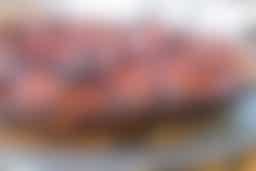 Windy City Pie is no Seattle newcomer, but when their permanent location opened this year, it became the best place to eat deep dish in the city. The crust on their pizza has perfectly-caramelized edges, the sauce is flavorful, and the toppings are excellent whether you order your pie with shaved brussels sprouts or crunchy candied bacon. If you’re dining in, you can order your pizza in advance so it’s ready right when you sit down - you don’t have to wait 45 minutes anymore. And they proudly show off some of their Chicago pride in a way that’s only a little corny, with the vintage neighborhood and World Fair posters on the walls and lots of giardiniera and Malort on the menu. They’ve come a long way from their original takeout operation where you had to text the owner and discreetly meet on a street corner to grab your deep dish. 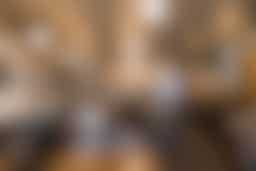 You could probably guess what you’d find on the menu at any BBQ spot. Pulled pork, hot links, ribs, maybe some pimento cheese. But there’s nothing predictable about the BBQ at Lady Jaye in West Seattle. Their pulled pork is molded into balls, breaded, and fried, the hot links are mixed into dirty rice, the sandwiches have smoked bologna, and the pimento cheese is stuffed into cream puffs. And all of their cocktails go perfectly with the delicious BBQ - there’s a bourbon drink with a rim of sugar that tastes like Sour Patch Kids and a rum cocktail with cardamom and banana-infused cognac. We didn’t know that Seattle needed a spot with both creative and delicious BBQ, but now that Lady Jaye is here, we don’t want to live in a city without it. 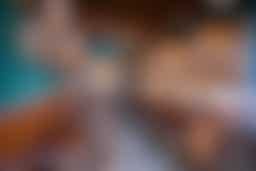 There are so many new Seattle bars that serve creative cocktails alongside mix-and-match small plates. Not only has Rupee Bar joined this club, but it should be elected president of it. Their delicious Sri Lankan and Indian bar snacks, like fried mutton rolls with creamy tomato sambol dipping sauce and the tandoor cauliflower with an eggplant puree, make this a bar where we want to have dinner. Instead of wings glistening with buffalo sauce, you can have naan glistening with ghee. The drinks stand out on their own, too, from the roasted banana rum cocktail to the coconut Old Fashioned. Ballard finally has the great bar it’s been missing - not only are the cocktails excellent, but you can actually eat something good besides just some sliders and fries. 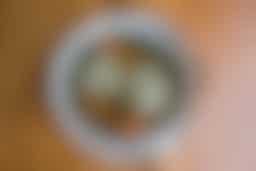 If you ever had the itch to be fed braised brisket and latkes while wrapped in a humongous doily, we’d promptly point you in the direction of Dacha Diner. This tiny Eastern European spot specializes in comfort food, and is basically an understudy for your living room - only with way more matzo balls and Russian vodka. The food here makes you feel taken care of, no matter what kind of atrocities are going on outside of this lace curtain-covered space. From the pork pelmeni dumplings to the Georgian khachapuri boat pizzas filled with egg yolk and fresh cheese, a meal at Dacha Diner is the restaurant equivalent to a rejuvenating pep talk on the phone with your closest friend. 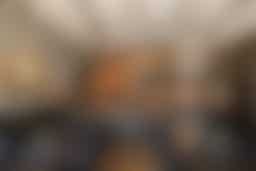 “Don’t fill up on the bread.” It’s a warning that’s been passed down from generation to generation, programming our brains to ignore the basket in the middle of the dinner table. But at Samara, an American restaurant in Ballard, forget all of that and just eat the damn bread. The housemade baked goods at Samara are the main event, from the potato loaf that comes with whipped pork fat to the rich s’mores cake topped with caramelized marshmallow. Beyond just the bread service, you should get anything that comes out of their medieval-looking hearth, including grilled sausages and fish. Even though the best things here seem like simple stuff - the grilled entrees and incredible bread - Samara is a restaurant that isn’t afraid to lean into what it does well. 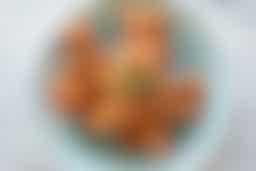 The first time we entered Little Duck, we noticed that the dining room was silent - nobody spoke or looked at each other. Of course, we initially assumed this was due to a cyborg invasion. But then we ate the Northern Chinese food at this University District spot and suddenly understood. Nothing anyone has to say could be more interesting than dishes like crispy double-cooked sweet and sour pork slices, sauteed corn and pine nuts, spicy dry-fried chicken, and pickled cabbage dumplings that are so flavorful they don’t even need any sauce. In a neighborhood full of speedy counter-service places, Little Duck is the comforting, sit-down restaurant we’re glad exists in the U-District. 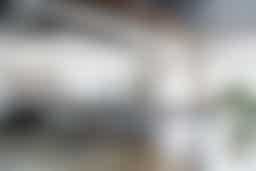 Have you ever been to a diner where you can have both a meatloaf dinner and some chicken-salt marcona almonds with a glass of natural wine? We hadn’t either until we went to Champagne Diner in Interbay - a modern diner that serves a combination of the classics along with other stuff like slices of chocolate pie topped with malted whipped cream to a terrific “tuna melt” made with local cod, gruyere, cornichons, and aioli. This place also doubles as a bar that serves exclusively-natural wine by the glass, as well as bottles you can buy to drink there without any additional corkage fee. There’s no way you couldn’t feel cool here, whether you’re on a date sharing a giant ribeye or you’re at a family dinner with your nephew who only eats plain burgers. 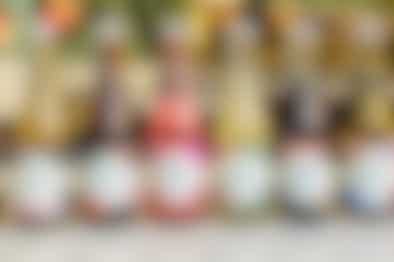 Where To Get Cocktails To Go In Seattle

Bars and restaurants in Seattle are permitted to serve pre-mixed cocktails now - here’s where to get some. 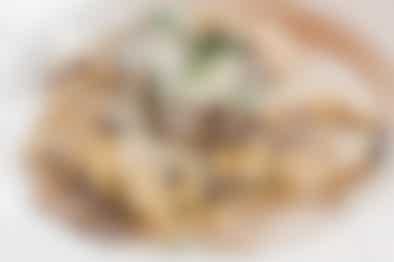 Want to know which Seattle restaurants are open for delivery and takeout in your neighborhood? You’re in the right place. 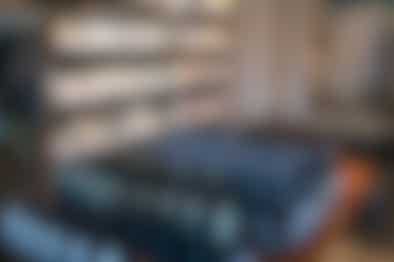 The Best Places To Order Wine Delivery & Pickup In Seattle

15 restaurants and shops that have excellent wine selections. 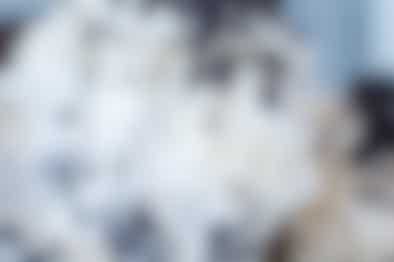 Where To Get Dessert Delivery & Takeout In Seattle