Welcome To Chinatown
May 3, 2021
How To Support NYC’s AAPI Community Right Now
Donations, new initiatives, and more ways for you to support.

May is Asian American and Pacific Islander Heritage Month, and we’re going to be celebrating with essays, product recommendations, and guides to NYC’s best Egg Tarts, Filipino Pastries, Asian-Owned Coffee Shops and Vegan Restaurants, and much more. But first, we want to talk about how you can support NYC’s Asian Community right now.

Since the onset of the Covid outbreak in early 2020, hate crimes and violence towards our country’s AAPI communities have devastatingly spiked. According to NBC, a recent report released by the Center for the Study of Hate & Extremism at California State University, San Bernardino found that New York City saw a 223% increase in racially motivated attacks against Asian folks in 2021. Data analysts at the university recorded a rise from 13 hate crimes between January and March 2020 to 42 in the same three-month period this year, making NYC’s jump the sharpest increase of anti-Asian hate crimes anywhere in the country. In response, the mayor introduced the NYPD Asian Hate Crime Task Force to specifically monitor hate crime reports and investigations.

Back in February, a group of NYC restaurants launched a fundraiser called Enough Is Enough as a way to effect change. Through this campaign, Junzi Kitchen, Saigon Social, Fish Cheeks, Nowon, Di an Di, and more restaurants are spreading awareness about violent attacks toward the AAPI community, and have raised over $75,000 to provide free meals to underserved communities during these tough times. In partnership with Kitchen Rodeo, they also offered access to a virtual cooking class to all of their campaign donors.

Since launching, Enough Is Enough’s fundraising campaign has tripled its original $25K goal, and they are now donating the additional funds to other non-profit organizations helping Asian, South Asian, and Pacific Islander communities. You can find some of those organizations, and more ways to support the AAPI community as a whole, below. 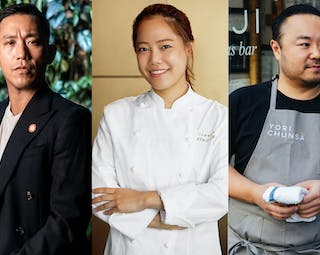 KEEP SHOWING UP FOR YOUR FAVORITE ASIAN-OWNED RESTAURANTS 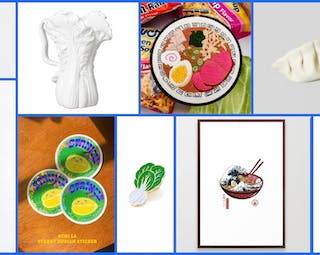 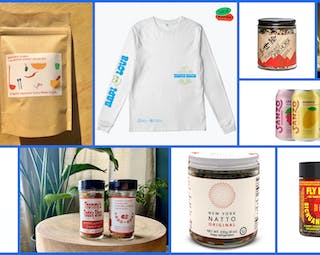 The Best Bagels In NYC
It’s easy to find a good bagel in NYC. But a great one? You’ll find those in this guide.

NYC Restaurant Perks, Exclusively For Friends Of The Infatuation
Special offers and experiences in partnership with restaurants for our membership program.

Are You All Really Going To Party As Hard As You Say You Will This Summer?
New York City is opening back up. Are you ready?