We’re always looking to make The Infatuation the best platform to find restaurants, and we appreciate your feedback!
NOLA

Where To Eat And Drink In The Bywater & Marigny

The 14 best places to eat and drink in the Marigny and Bywater.

Just east of the French Quarter are the Marigny and Bywater, two neighborhoods that are definitely more low-key than their neighbor to the west, but still distinctly New Orleans. These two neighborhoods are filled with bars and restaurants, many of which are frequented by more locals than visitors, and it’s easy to get around by foot or bike. From a few great cafes and late night bars to a wine garden utopia, here’s where to eat and drink in the Marigny and Bywater.

Check out our complete list of New Orleans restaurants and bars here. 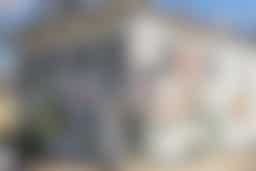 At least once during your next trip to New Orleans, you’re going to wake up thinking, “Things really went sideways last night after that third Hurricane.” When that happens, head east to Elizabeth’s. This place is famous for its huge breakfast and brunch dishes, like eggs Florentine topped with fried oysters and sweet potato duck hash over a cornbread waffle, along with their praline bacon. We promise, you’ll feel better afterward and if not, they also serve really solid morning cocktails for when desperation sets in. 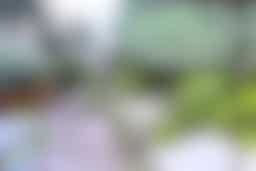 Summers in New Orleans are brutal, and when you need a break from bar hopping or just want to relax for a bit near water, head to The Country Club. You can eat crab beignets or have a nice steak at the restaurant inside the 200-year-old house, but the real reason to come here is to hang out by the big pool in the backyard, where you can still order food, but also swim or just lay around with a smoothie in-hand. If you come on the weekend though, be prepared for Drag Brunch at 11am and 1pm on Saturdays, which is exactly as fun - and as popular with bachelorette parties - as you’d expect. 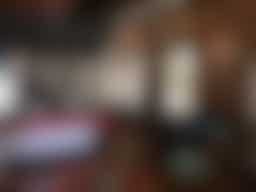 After a few days of binging on French-Creole food, you’re going to want something green, fresh, and not cooked in butter. When you hit that wall, Satsuma Cafe is here for you. This small Bywater cafe serves breakfast and lunch daily and is the place to go for fresh juices, salads, and avocado toast. That said, they also have a great bacon, egg, and cheese biscuit, in case richness fatigue hasn’t set in yet. They get mobbed on the weekends, but if you come early enough, grab a seat on their garden patio as you decide how healthy you feel like being. 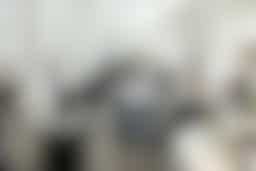 A food hall located inside a restored building from the 1800s, St. Roch Market brings together a wide range of local vendors that serve everything from oysters to Vietnamese food, charcuterie, fresh pastries, and cocktails. It’s a great place to check out for brunch or lunch before exploring the nearby Marigny neighborhood, or if you’re with a group and everyone just happens to be in the mood for something different.

Located right in the middle of the Marigny, Flora Cafe checks off everything you’d want from a neighborhood coffee shop. Local artwork on the walls? Yes. Good coffee and affordable breakfast and lunch food served all day? Confirmed. A cat that wanders around the shop, but isn’t overly friendly? You get the idea. They stay open until midnight daily, so basically anytime you need a coffee or a snack, Flora Cafe is a good option. 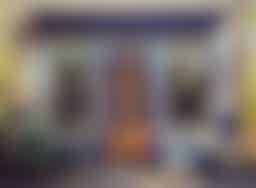 Eating at N7 feels like you’re in on a secret. It’s located on a random side street in the Bywater, has almost no signage, and unless you knew otherwise, you’d think it was just a swanky house that hosted a lot of outdoor dinner parties. They serve a mix of French and Japanese dishes, along with a variety of canned seafood, and have an extensive wine and cocktail menu. But it’s the combination of great food, the Christmas light-covered garden patio, and the sense that you stumbled upon something undiscovered that makes N7 such a special spot. 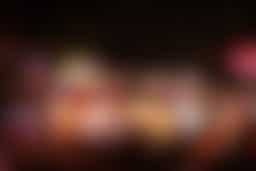 At the far end of the Bywater, you’ll find Bacchanal, a weird little wine shop that evolved into a wine garden utopia and one of the coolest places you can spend a night in New Orleans. After you pick out a bottle, head outside to the big backyard where you can drink, order food, and catch live music every night of the week. There’s also a semi-secret cocktail and wine bar upstairs, which is the perfect place to take in the scene and survey the backyard for available seats.

Look, you probably didn’t come to New Orleans to eat barbecue. But just like when you end up singing karaoke with a stranger or learning that you actually like absinthe, this city has a habit of delivering the unexpected, and that’s what you get at The Joint. This barbecue spot just a few blocks from Bacchanal serves all of the classics, but ribs and sausage are what they do best, and make sure to grab a slice of peanut butter pie, too. 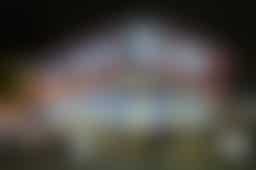 There are two good times to go to Dat Dog. The first is before a night out when you want to drink a few beers, enjoy one of their many delicious sausages, and look out over Frenchmen Street as people start to filter in for the night. The other time is a few hours later, when it’s after 1am and nothing in the world sounds better than a crawfish etouffee-covered bratwurst. Either is fine and regardless of what hour it is, you’re going to be very pleased with your decision. 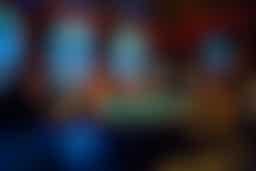 Mimi's In The Marigny

When you go out in the Marigny, one way or another you end up at Mimi’s, which stays open until 4am. This place finds a way of sucking you in, whether it’s to grab a few beers and play pool on the ground floor, or for the surprisingly good tapas and great balcony on the second. Mimi’s is definitely a locals spot, but all of the regulars are extremely friendly and eager to tell you about the neighborhood, so don’t be surprised if your supposed nightcap turns into an hour-long New Orleans history overview instead.

Almost every place on Frenchmen hosts live music each night and it’s easy enough to just bar hop up and down the street until you find one you like. Most likely, though, that’s going to be the Blue Nile. On any given night, you can hear funk, blues, jazz, or brass, depending on when you stop by. It can get pretty packed inside since they tend to host the bigger brass bands, but this place also has a large balcony on the second floor where you can still hear the music and drink, but without being stuck in the crowd. 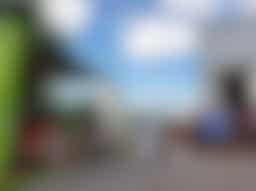 In recent years, New Orleans has seen a lot of new craft breweries pop up, but our favorite is Parleaux Beer Lab. This brewery-meets-beer garden is located at the far end of the Bywater, near The Joint and Bacchanal, and, along with serving plenty of seasonal beers, it hosts different food trucks most nights of the week. Stop by for a few brews and some food, or you can even catch a yoga class here in the morning if you want.

The Apple Barrel on Frenchmen Street looks like the blueprint for any “New Orleans-style bar” that you’ve ever been to elsewhere. There’s random artwork of musicians, money is stapled to the wall above the bar, and everything sort of looks secondhand. But it’s also one of the most low-key bars on the street, and since it’s smaller than the rest, the shows here feel way more intimate than anywhere else on Frenchmen.

When you want to stop somewhere for cheap drinks and late-night Vietnamese food, go to Lost Love Lounge. This bar is as divey as it gets and whether you head here from Frenchmen or before going to Mimi’s nearby, it’s a great place to refuel with some pho or a banh mi before finishing off or continuing on with your night. They also have video poker and a pool table, in case you’re looking for activities besides just drinking while you wait for your food. 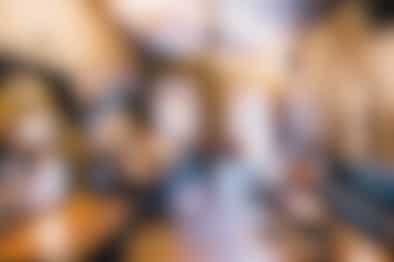 The 17 Best Places To Drink In New Orleans