Our guide to the 24 quintessential places that make eating in Miami what it is. 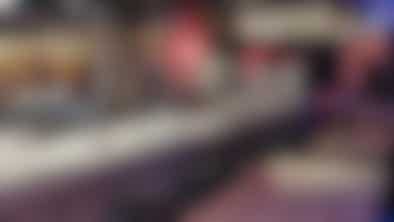 Where To Have Drinks And Oysters In Miami

Because a cold drink and fresh oysters are never a bad idea.
Advertisement 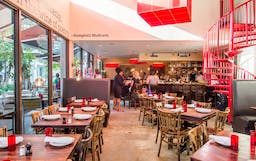 Certain people make you feel at ease no matter where you are - like that friend who assures you that you’re not the most underdressed person at the party, even though you totally are because you didn’t bother to read the invitation. Michael’s does this sort of thing too.

This place is surrounded by a jewelry store and more high-end labels than the Met Gala red carpet, which might give you that “underdressed” feeling. But after you walk into Michael’s, you see that no one cares who made your clothes or whether or not you want to buy the most expensive bottle on the menu. They just want to bring you some fantastic oysters and a cocktail. 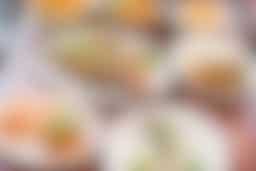 Michael’s is one of the first places that made people want to eat in the Design District, and it’s still our favorite spot in the neighborhood. You’ll recognize just about everything on the menu: roasted cauliflower, stracciatella, octopus, pizza, burgers, deviled eggs, and snapper. It’s all familiar enough, which is refreshing in an area where most menus try harder to impress than an ex who just saw you from across the bar with a date.

But the food here is never boring. That stracciatella comes with peaches and olive oil, which is what you’ll wish all stracciatella came with after you try this. The octopus is roasted in a wood oven like a pizza until the tentacle is soft as mozzarella. Usually, the snapper is pulled out of Biscayne Bay that same morning, and it’s roasted until the skin is crispy and the inside is super tender. 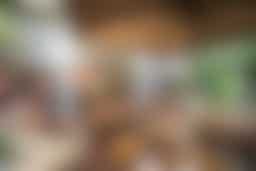 There’s indoor and outdoor seating, both of which are good choices depending on whether it’s possible to sit outside for more than 60 minutes without bursting into flames. The dining room reminds us of a New York bistro, with lots of dark wood, dim lighting, and a long rectangular bar that fills up quick for their weekday Happy Hour from 4:30-7:30pm. But when it comes to brunch, we like to sit outside so we can watch the occasional passing Ferrari while eating our breakfast pizza or kimchi benedict with crispy pork belly.

No matter what meal brings you to Michael’s, though, we can pretty much guarantee two things will happen. The food you eat is going to be very good and - like your friend who convinced you that shorts are totally fine at a black-tie wedding - you’ll relax and stop worrying about anything that doesn’t immediately involve the cocktail and oysters in front of you. 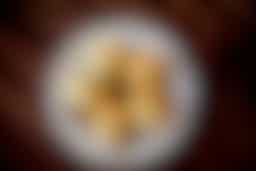 Perhaps too many cheap, bland deviled eggs at company potlucks and family picnics have made us forget just how good these can be when done right. Michael’s are rich, seasoned perfectly, and worth ordering every time you’re here. 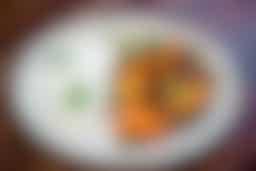 Peaches and cheese is not only a very good alias for two secret agents going undercover in Georgia, but these two things go great together - especially when the cheese is this soft and creamy and the peaches are in season. 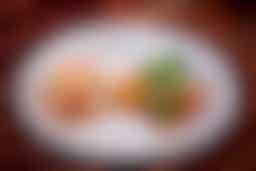 The pork belly comes in a pretty thick cube. The skin is indeed very crispy and the pork itself is fatty and soft, like a good pork belly should be. The kimchi on the side is very mild though, and tastes more like a vinegary coleslaw. 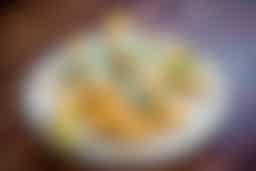 This is essentially peeled strips of corn on the cob, arranged in a kind of twisted heap. Like most things on the menu, they’ve been wood-oven-roasted and then topped with chipotle crema, lime, and cilantro. They taste good but are just a bit confusing. We’re not totally sure why they just didn’t leave these cobs intact. 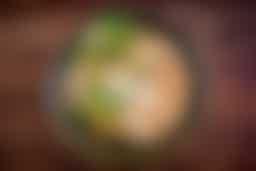 This head of cauliflower is slightly charred on the outside, nice and soft on the inside, and sitting on top of a tasty - but not very spicy - Thai chili sauce. If you like cauliflower, get it. 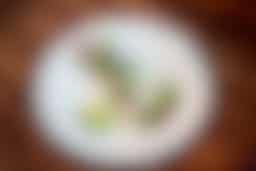 Octopus is on just about every menu in Miami and the universe in general and it’s probably only a matter of time before we see it rotating on those hot dog things in gas stations. However, this is quite good and cooked until it’s incredibly tender. Maybe it’s that wood oven, but this thing is like butter. 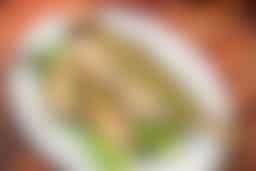 Snapper is usually a safe bet in this city, and Michael’s does it great in - once again - their wood oven, which deserves a raise because they are getting more than their money’s worth out of it. The best part of this is how crispy the skin gets without the meat getting overcooked.

Our guide to the 24 quintessential places that make eating in Miami what it is.

Where To Have Drinks And Oysters In Miami

Because a cold drink and fresh oysters are never a bad idea. 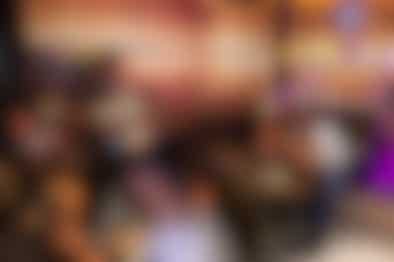 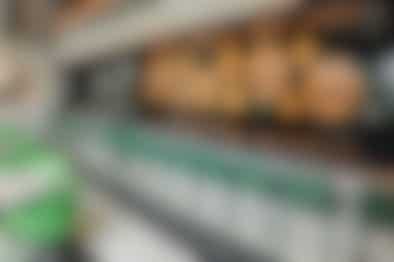 Le Jardinier is an upscale French restaurant in the Design District good for a special occasion meal or fancy date night. 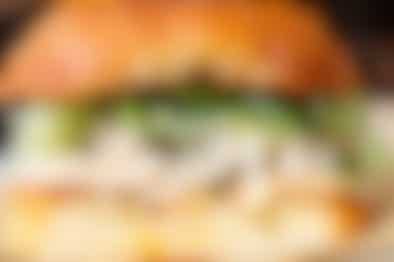 Foirette is a vendor inside a Design District food hall. They serve really good rotisserie chicken. 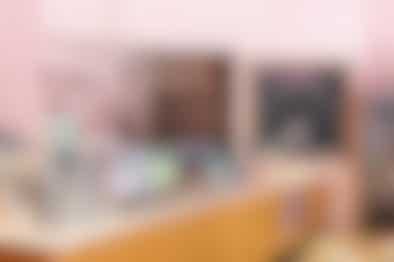 MadLab is an upscale ice cream shop in the Design District. They have fancy options as well as plain (and very good) ice cream. 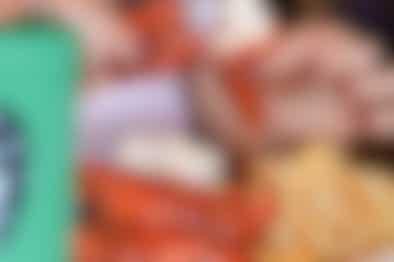 Flanigan’s is a popular local chain where you can get very decent wings, ribs, and strong drinks in big green cups. 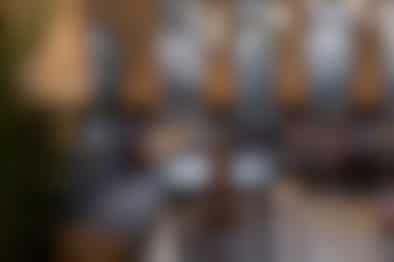 The Jim And Neesie

Jim and Neesie is a cozy restaurant in Mid-Beach’s Generator hostel with some great cocktails and good food too. 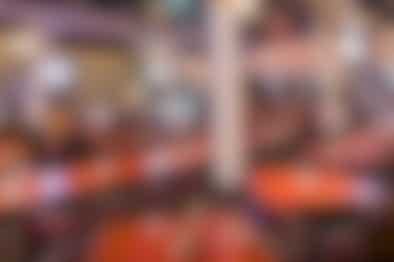 Big Pink is a touristy South Beach diner with over 100 things on the menu, including burgers, pasta, and fried chicken. 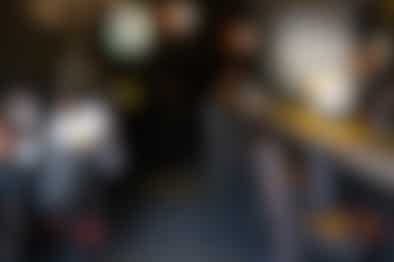 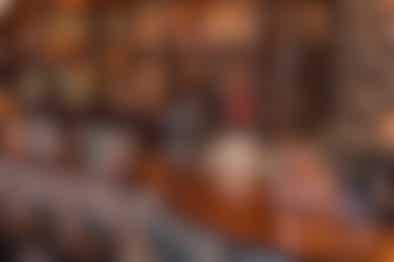 Sweet Liberty Drink & Supply Co. in South Beach is where to go for good bar snacks and to day drink.

MiMo’s tiny Blue Collar is kind of like an upscale diner, serving a great cheeseburger, big sandwiches, and braised meats.

Cote is an excellent Korean steakhouse in the Design District where dinner feels like a performance.
Restaurant Finder