16 LA restaurants perfect for when you want to get a little rowdy.

Your crazy college roommate just landed at LAX, three of your friends have birthdays today, and you just wrapped up a month-long rosewater body cleanse. It’s time to party. Finding a restaurant that allows you to get drunk isn’t hard to do in this town. Finding a place that isn’t also a completely vile rat den is more difficult.

We can’t promise that all of the restaurants on this guide have the greatest food or the most attentive service, but if you’re looking to get wild in an enjoyable atmosphere, these are the 16 places we’ll send you first. And hurry, your crazy ex-roommate is already here, and he just did a shot of Fireball off the bartender’s bicep.

The ultimate LA party restaurant, Dan Tana’s is where you go to eat hubcap-sized chicken parmesan and then do a tequila shot at the bar with Adam Sandler. This West Hollywood spot is a certified institution - you know you’re in for a good time when there are Us Weekly stories about George Clooney-hosted parties that took place in the room you’re sitting in. Expect to wait about an hour past your reservation to be seated, but that gives you enough time to throw back a martini or two while you wait at the bar. The food here is, more or less, fine (except for that fantastic chicken parm), but that doesn’t matter when the place is this much fun. 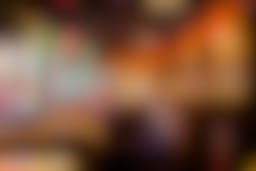 It’s 9pm on a Friday night, you’re with four hungry friends, and everybody wants to drink. Go to El Coyote. The massive Mexican restaurant on Beverly has been around since 1931, and while the food will never be the reason you come here, it does what it needs to do - put something in your stomach while you gulp down their legendary margaritas. Reservations are the smartest choice, but the place is so big that even during peak hours, you never have to wait more than a half hour for a table to open up.

At its core, Everson Royce Bar in the Arts District is really just a bar with food. But if you come to ERB and only drink, you’re doing it wrong. Whether it’s the house-made biscuits, the pork belly steamed buns, or the best burger in LA, this is the kind of bar food you want to be eating while drinking too much beer with your friends. Their back patio is definitely the place to be.

Tokyo Hamburg is the only place we know in town where you cook your own burgers on a hot stone at your table while consuming copious amounts of sake and beer and shouting at each other over J-Pop blasting on the speakers. The smash-your-own-burger thing seems a little gimmicky, but the meat is high quality, the music is a ton of fun, and the beer is cheap. There are a lot of great party restaurants in Koreatown, but this might just be the best.

The fact that LA isn’t littered with outdoor beer gardens is one of our city’s biggest mysteries, right up there with the Black Dahlia murder. Luckily, we do have Red Lion Tavern. The classic German bar/restaurant in Silver Lake is where you go when you want to chug giant steins of beer, eat sausage platters with your friends, and sit out on their gloriously kitschy back patio that kind of feels like the Germany section of Epcot. Come Friday and Saturday nights, this place becomes an all-out drunken mob scene. 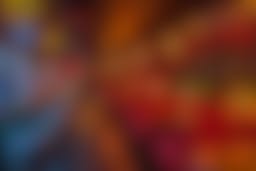 There are a lot of places in town for a rowdy midday meal, but there’s only one where you can order a Two Martini Lunch. And that’s Formosa Cafe. Whether you’re having that deal (a $16 combo of two half-sized martinis) at lunch or dinner, this recently refurbished Old Hollywood haunt is a great place to get a little loose while you eat chile wontons, dan dan mian, and kung pao green beans. You’ll be joining a long list of partiers, too: Formosa was a favorite hangout of Clark Gable, Ava Gardner, Frank Sinatra, and John Wayne, who once passed out at the bar, woke up the next morning, and cooked himself breakfast in the kitchen. 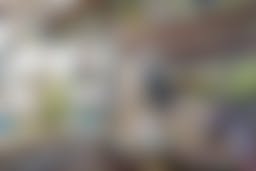 Located in a part of town known for turning in early (Venice), La Cabana is open every day of the week until 3am, and that’s a gift. The fact that this 56-year-old Mexican restaurant has solid food across the board (get the El Verde burrito), giant pitchers of margaritas for $47, and a back patio where the party goes all night is just a bonus. Keep your eye out for the mariachi band - sometimes they play on the roof. 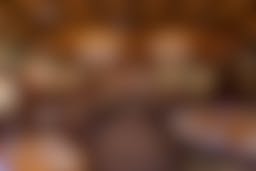 Just because you’re eating dinner with your family doesn’t mean you can’t get a little rowdy. Atwater Village’s Tam O’Shanter is the perfect place to party with your parents (and maybe your grandparents, too). The place has been around for almost 100 years, and it looks like something straight out of a Brothers Grimm story. But that doesn’t mean the Tam isn’t a great time - in fact, they really lean into the fairy tale theme, and that makes it even more fun. Especially when it involves two-pound hunks of prime rib, and an English-style tea service with teacups filled to the brim with gin. Grandma’s taking an Uber home tonight.

If you feel you’ve heard of James’ Beach and you’re not sure why, it’s because this is the place that Jason Segel’s character in I Love You, Man proclaimed to have “the best fish tacos in the world.” While we’d definitely fight him on that, we do like the food at this casual Venice spot for what it is: Straightforward and good for putting in your stomach before spending the rest of the night at the bar meeting people.

This Malibu spot isn’t the kind of place where you go wild and attempt to order sake bombs, but it is exactly the sort of party spot that anyone will appreciate. It’s a great place to come with a group of friends after a day at the beach, and you’ll drink sneaky-strong hibiscus mojitos while chowing down some chicken kale nachos, which are roughly 100 times better than you’d expect them to be. There’s even a front patio filled with lawn games, for when you have a couple mojitos and start to feel too restless to keep sitting at the dinner table.

Even if you’re halfway into your REM cycle, if a text comes through saying to meet at El Compadre, you get your ass up and go. Located on Sunset right on the Hollywood/Weho border, El Compadre is completely slammed every night of the week with people eating excellent old-school Mexican food, listening to the mariachi band, and housing the strongest flaming margaritas in town. Reservations are definitely required.

Go to any of Night + Market’s three locations and you’ll eat some of the best Thai food in the city. But go to the original location in West Hollywood and you might walk out drunk-dialing your landlord. The colorful space is massive and has a back patio that’s always able to accommodate big groups on short notice. Also, there are beer towers. We don’t care how much khao soi you put into your body, those things will always sneak up on you.

The Attic is open from 9am-10pm during the week, but you’re at this Long Beach staple for weekend brunch. On Saturday and Sunday, you’ll find this converted bungalow’s big wraparound patio slammed with people eating mac and cheese topped with Cheetos and pounding giant Bloody Marys garnished with short rib sliders. Nothing is subtle at The Attic - and that includes your eventual midday hangover. 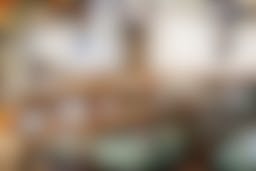 This indoor/outdoor restaurant on a side street in West Hollywood feels like you’re eating on someone’s front patio, and that alone will likely encourage you to drink as much as is physically possible. No one comes here for the mediocre Tex-Mex, but the food won’t offend you, especially after those $28 margarita pitchers hit the table.

Step aside Bungalow, there’s a new disaster bar in Santa Monica, and it’s got way better views. Located on an ocean-facing rooftop on 2nd St., Elephante is one of the most impressive spaces to open on the Westside in a while. It has a totally fine Italian-ish menu, but you’re here to drink expensive cocktails, stare at the Santa Monica Pier, and flirt with well-dressed people who make more money than you. 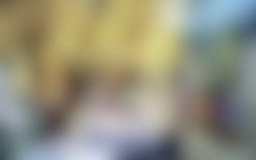 This list would be void if we didn’t put at least one Lisa Vanderpump restaurant on it, so we’re choosing Pump. The gaudy restaurant in the heart of Boystown looks like it was designed by a Victorian ghost with a chandelier fetish (which, come to think of it, is a pretty good way to describe LVP), and the crowd is mostly comprised of tourists looking for Bravo! celebrities. While most of the food is best eaten with your nose plugged, there’s no denying the expensive cocktails are both good and strong. After four or five or six of them, it’ll hit you - this place is pretty fun.

The LA Bar Hit List: Where To Drink Right Now 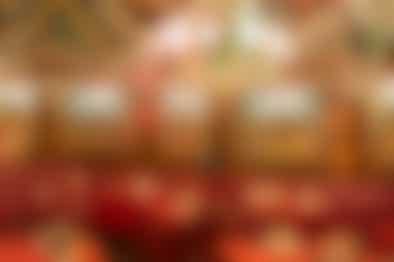 13 LA Restaurants That Are Great During The Holidays 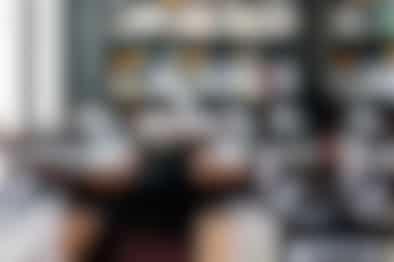 10 LA Restaurants Perfect For Throwing Down

10 LA restaurants that are always worth the (hefty) price. 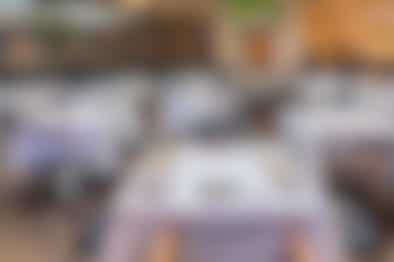 Where To Eat & Drink Around The Holidays With Your Family

Everyone’s in town, and you can’t just sit inside drinking eggnog all week. Here’s where to go out with your family during the holidays. 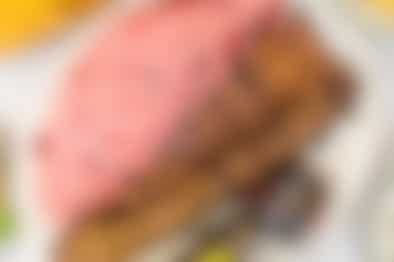 The 5 Best Dishes We Ate In February 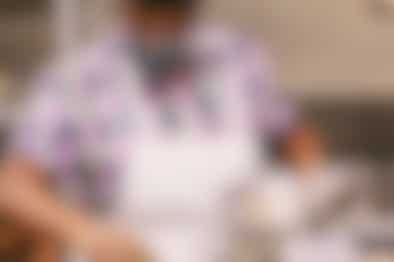 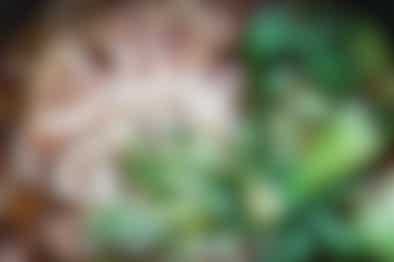 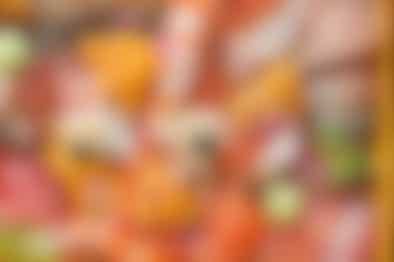 The Best Chirashi In LA