Presented by
Capital One

If you hopped in a time machine back in February and walked into the restaurants on this guide today, you would be incredibly confused - and probably very hungry. When the pandemic hit, restaurants across the country pivoted in stunning displays of quick thinking and adaptability, resulting in a wave of new fried chicken sandwiches, bento boxes, and pizzas that we thoroughly enjoyed eating.

But so many of the pivots we saw this year weren’t just fun or delicious ideas. They were Hail Mary attempts to save entire businesses. These restaurants took big risks, and we want to celebrate them. From a fine-dining spot that turned into a fast-food burger joint, to a special-occasion Southern food restaurant that’s now a biscuit shop, to a newly-mobile bakery, here are 15 of the restaurant pivots that impressed us most this year.

All restaurants featured on The Infatuation are selected by our editorial team. The Pivot: How 15 Restaurants Reinvented Themselves In 2020 is presented by Capital One. 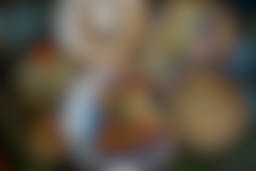 “Pre-pandemic, Porridge + Puff’s was one of my favorite restaurants in the city. I loved their warm bowls of porridge and long communal tables where I spent many a weekend discussing the latest memes and boys who ghosted me. When LA’s shelter-in-place orders went into effect in late March, Porridge + Puffs hit reinvention overdrive, opening an in-store provisions shop and creating elaborate multi-course takeout meals with instructions like ‘dance between courses.’ But that, unfortunately, wasn’t enough to keep business going. Rather than throw in the towel, chef Minh Phan instead pivoted yet again and opened Phenakite, a socially-distanced outdoor fine-dining concept that served elaborate dishes like swordfish torched tableside and porridge with smoked abalone.” 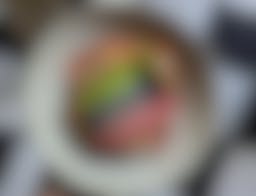 “There could have been an encyclopedia dedicated to NYC’s restaurant collaborations this year. But Maison Yaki’s pop-up series stood out from the rest because of its investment in the restaurant community’s Black entrepreneurs. In early June, about a week after George Floyd’s murder, the owner of Brooklyn’s Maison Yaki opened his kitchen to local Black chefs for a series of pop-ups. Over the summer, eight chefs rotated through the kitchen - like Southern chef Jared Howard, who started his own biscuits and chicken project, and fine dining pastry chef Camari Mick, who made desserts like fig sticky toffee putting with date soy sauce ice cream. Maison Yaki’s Black Entrepreneur Series might have been a small step, but it was a step in the right direction for a city that needs to do a much better job of supporting Black chefs.” 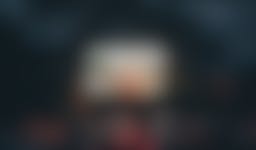 “Canlis is a place where servers walk around with portable irons to smooth out rogue tablecloth creases. But when the pandemic began, this fine-dining landmark transformed over and over again - into a takeout burger joint, a drive-in movie theater, a morning bagel shop, and they even threw some sand in the parking lot to create a summertime crab shack. Their most recent pivot was Canlis Community College, in which they offered virtual courses like ‘Wine Drinking 101’ and lumpia-making lessons. There were also socially-distant field trips, university-style merch, and fancy TV dinners to-go. Now, Canlis is planning a yurt village for the winter. What are they going to do next? Your guess is as good as mine, but it’s probably going to be pretty f*cking cool.” 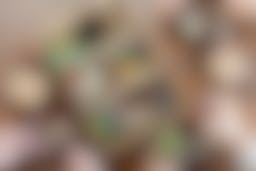 “Kemuri Tatsu-ya’s menu is equal parts Japanese izakaya and Texas barbecue, and it’s the best (and only) place to find smoked brisket, ramen, and yakitori under one roof in Austin. When the world fell apart, they took a pause, and briefly reopened as a takeout sandwich shop. But the real pivot came in the fall, when they closed their dining room, doubled the size of their patio, and created a new omakase experience that channeled the restaurant’s izakaya/barbecue roots beautifully. Dishes came packed in a little wooden box - which made the entire meal feel like opening presents. The box filled with brisket burnt ends, fermented hot sauce, nori, and an array of pickles for DIY hand rolls still might be the best thing anyone’s given me all year.” 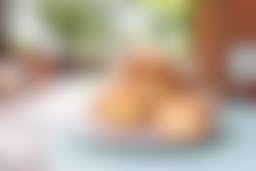 “Austinites have long been familiar with Olamaie’s off-menu biscuits. One time I traded a friend three leftover biscuits for a really nice kayak paddle. So when Olamaie had to temporarily close their dining room, they pivoted to a biscuit-based takeout concept called Little Ola’s. And these are not just plain biscuits. Little Ola’s made a brand new menu of biscuit sandwiches, stuffed with things like country ham and cheese, or deep-fried chicken thighs. Now, my favorite element of the Olamaie experience - previously reserved for anniversaries, birthdays, and kayak paddle trades - can transform average weekends into great ones.” 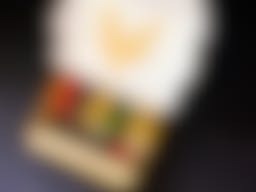 “This Japanese restaurant in San Francisco used to serve an excellent omakase-style yakitori tasting menu entirely of chicken. For $110, you’d get 16 courses with things like juicy chicken breast, tender thigh oyster, and chicken tail topped with salmon roe, all skillfully grilled over a binchotan charcoal grill. It was a great experience, but not one built for the pandemic era. So I was quite happy when Hina pivoted to bento boxes. They travel well, stay warm in transit, and cost $18. The best part, though, is what’s inside the box: tsukune meatballs, wings, and thigh, plus scallions shining brightly like diamonds in a Rihanna song.” 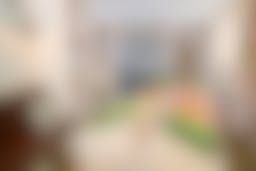 “When the pandemic hit, I remember thinking Well, Daisies is f*cked. This little neighborhood spot serving Midwestern pasta out of a small open kitchen is exactly the kind of place I worried wouldn’t survive the shutdown. In fact, they did close for a while, but then popped back up offering delicious meal kits featuring their fresh pasta. But their best pivot was their decision to replace the tables and chairs with coolers and shelves, and open an all-day market in the dining room. It has things like local produce, meat, dairy, specialty items from local restaurants, and their fantastic handmade truffle ricotta ravioli.” 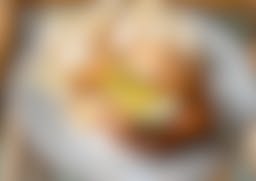 “You can probably guess what happens to a bed and breakfast during a pandemic, so when the team behind Miami’s Copper Door B&B had no guests to feed, they decided to feed the city. They intended Rosie’s to be a pop-up at first, serving Southern brunch dishes like chicken and waffles from a makeshift takeout window. But when people (myself included) tasted the food at Rosie’s, it became clear this was more than a rushed afterthought. Six months later, Rosie’s is a permanent restaurant - and one of the most exciting new ones in Miami. They’ve expanded with new dishes like wild mushroom polenta and rigatoni carbonara as well as some outdoor seating thanks to a couple well-earned grants, one of which came from Beyoncé’s Beygood Foundation.” 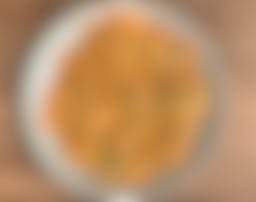 “Pre-pandemic, you had to plan weeks ahead to get a table at Flour + Water, home of SF’s best pasta. But after the shutdown closed their dining room, they started offering DIY meal kits out of a separate location in the Mission, giving people the chance to replicate their excellent pasta dishes - like corn and crescenza cappelletti or agnolotti dal plin - at home for the first time ever. The pasta shop has now fully embraced the fast-casual model, adding some fantastic sandwiches and salads to the menu as well. It’s quickly turned into my go-to spot for a quick lunch or a special Saturday night dinner that no longer requires you to turn on Resy notifications.” 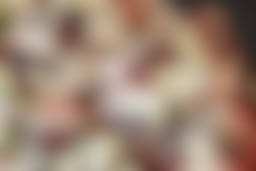 “Antico is a special occasion Italian restaurant that would have once laughed your ear off if you called and tried to order a pizza to-go (they didn’t do takeout, or even serve pizza). What they had was wood-fired meats, handmade pasta, the best focaccia in LA, and sweet, salty ice cream. Once COVID hit, they got rid of the $40 pasta and kept two things: the focaccia and the ice cream. They began packaging pints while also turning that remarkably crusty focaccia into pizza topped with ingredients straight from the farmers’ market. Running a high-end Italian spot that serves tremendous chicken crostone and wood-fired pork chops is impressive, but throwing that out the window to become the best pizza-and-ice cream shop in LA? That’s a pivot worth celebrating.” 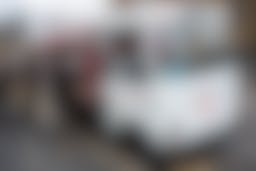 “In a year full of fast walking, slow pacing, and gentle rolling from the TV to the fridge, The Dusty Knuckle stood out for its steady supply of bread and more around London. The Dusty Knuckle makes the best bread in London. They have killer morning buns and some high-grade sandwiches, too. When lockdown hit, they did what any sensible bakery and café would do. They bought a milk float, stocked it with freshly baked bread, pastries, sandwiches, flowers, and booze, and drove it around north east London, hitting two postcodes a day. In fact, they’re still doing it. It’s all smiles and sourdough, at a contented snail’s pace.” 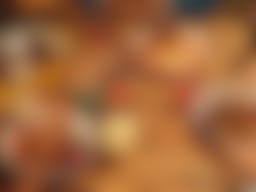 “Junzi Kitchen is a northern Chinese counter-service spot where you can customize your own rice bowl, noodle bowl, or wrap. But when the pandemic hit, Junzi started a weekly delivery series called Distance Dining, in which they mashed up their menu with another restaurant’s for a one-off, three-course meal. I became a bit of a fangirl for Junzi’s incredible collaborations, especially the one with Adda. But on Juneteenth, I was really impressed when Junzi opened up a conversation about the little-known intersection between Chinese food history and Black culinary heritage through a collaboration with Harlem’s Teranga. The chefs involved went live on Instagram to educate diners about the menu, and all of the proceeds were donated to Harlem Grown - a youth development nonprofit that teaches urban farming, sustainability, and nutrition.” 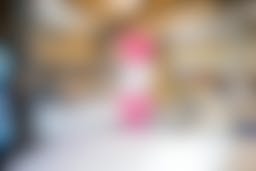 “Addo is less a restaurant and more of an experience. In the Before Times, this ticketed dinner offered everything from a multi-course Spam tasting menu to an Oregon Trail-inspired dinner game. When the pandemic hit, they didn’t stop at simply switching to takeout - though they do have some incredible Puerto Rican dishes to-go. Addo also started offering produce subscriptions, virtual group cooking classes, holiday tasting menus, a wine club, and more. And when the Goya boycott went down, chef and owner Eric Rivera offered nationwide shipping of his homemade Puerto Rican seasonings. But quite possibly the best thing about these pivots is that some of the experiences even include Zoom links, just so customers can hang out with each other and the staff while eating.” 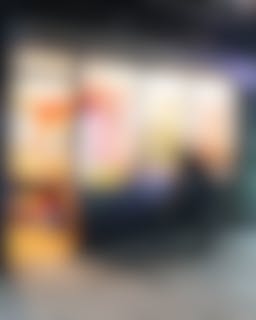 “If you would have told me a year ago that Top Cuvée - a cool little date-ready wine bar - would be selling toilet roll, I probably would have given you the stink eye and presumed you were Charmin’s publicist. But within a week of lockdown, Top Cuvée closed and became Shop Cuvée, an online store shipping across London. They delivered meals, natural wines, batched cocktails from their sister bar Three Sheets, and even lockdown birthday packs with everything from dinner to a party playlist. Next came flowers, magnums of negronis, t-shirts, homeware, luxury hand sanitizer, and pretty much anything else you’d need to pretend you’re just a naughty millionaire on house arrest. A true quarantine fairytale, Shop Cuvée became so successful through their quick thinking and pun-tastic branding that they’ve now opened a brick-and-mortar shop to match their website.”