Teddy Wolff
December 7, 2020
MeMe’s Was Queer Brooklyn’s Diner
An outstanding queer-owned restaurant has closed, but it won’t be forgotten.

I introduced my partner to my mother over brunch at MeMe’s Diner in Brooklyn right around this time last year. For the record, I wouldn’t typically risk the destruction of my morale in public, but we were all hungry around 1pm on a Sunday and I like to think it just kind of happened. Memories from our meal came rushing back when this all-day spot announced it would be closing for good in November.

I didn’t pick MeMe’s that day because I like that their Dutch baby pancake comes topped with pansies - it was the ideal place for the big introduction because it felt like my second home.

‘Coming out’ is a lifelong process for many queer people. Not because we like doing it over and over again. It’s just that most of the spaces where we work, shop, and eat aren’t made with us in mind, which means that we have to justify who we are to gain acceptance. But MeMe’s was different. This was a diner designed for queer people. And it didn’t rely on shirtless dancers or cocktails named after sex positions to prove that. Its co-owners, Libby Willis and Bill Clark, are two queer friends who set out to create a restaurant where queer people could be themselves without the need for explanation or intoxication (though, the cocktails were pretty great). 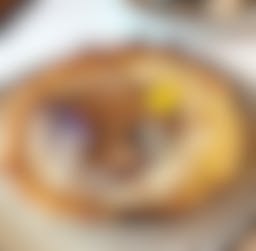 MeMe’s menu ranged from diner classics like patty melts and chicken cutlets to more inventive dishes like everything bagel babka and Vietnamese iced coffee cake with cocoa cardamom syrup. But that was only part of the reason why I felt so at home under the disco ball that hung above the dining room. The main draw was its easygoing atmosphere - being here felt like attending an all-day brunch party with my chosen family. MeMe’s wasn’t in-your-face about being queer with rainbow-colored awnings. The bio on their website simply declared, “Everyone is welcome here,” and it wasn’t lip-service.

The friendly hosts managed weekend brunch crowds with care, and I’ve felt like a regular since the first day I stopped in. Time would stand still each time I watched a server cut my slice of whatever was on the glass cake stand. And eating complimentary cheese balls from the snack bowl on my table somehow felt simultaneously kitschy and tasteful. MeMe’s wasn’t just a diner, it was the best diner ever. 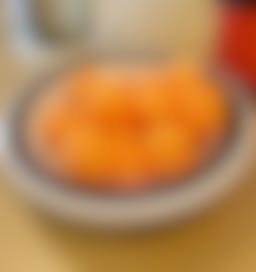 I was heartbroken when the owners announced MeMe’s would be closing “forever” due to financial hardships brought on by the pandemic and safety concerns for their staff. Judging by the hundreds of people in line at their closing brunch service on November 15, I wasn’t alone. The outdoor event felt more like a celebration than a last-goodbye. People were laughing with friends they hadn’t seen in months, swaying to disco music, and smiling through the hour-and-a-half-long wait for buffalo chicken salad. I kept a safe distance and partied along because I knew that this would be the last time I could enjoy it. 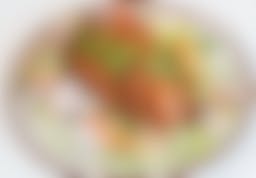 With MeMe’s gone and its co-owners likely taking some time off, I’ve started looking for new people and places to support right now. From ordering takeout at queer-friendly spots like nearby Ursula to purchasing issues of queer food journals like Jarry, I’m taking full advantage of this opportunity to give my dollars to leaders in the restaurant industry who make me feel seen. But there’s no adequate replacement for my favorite diner. Whether it ever reopens or not, MeMe’s popularity over the last three years has paved the way for generations to come. And to me, that means it can never really close for good.